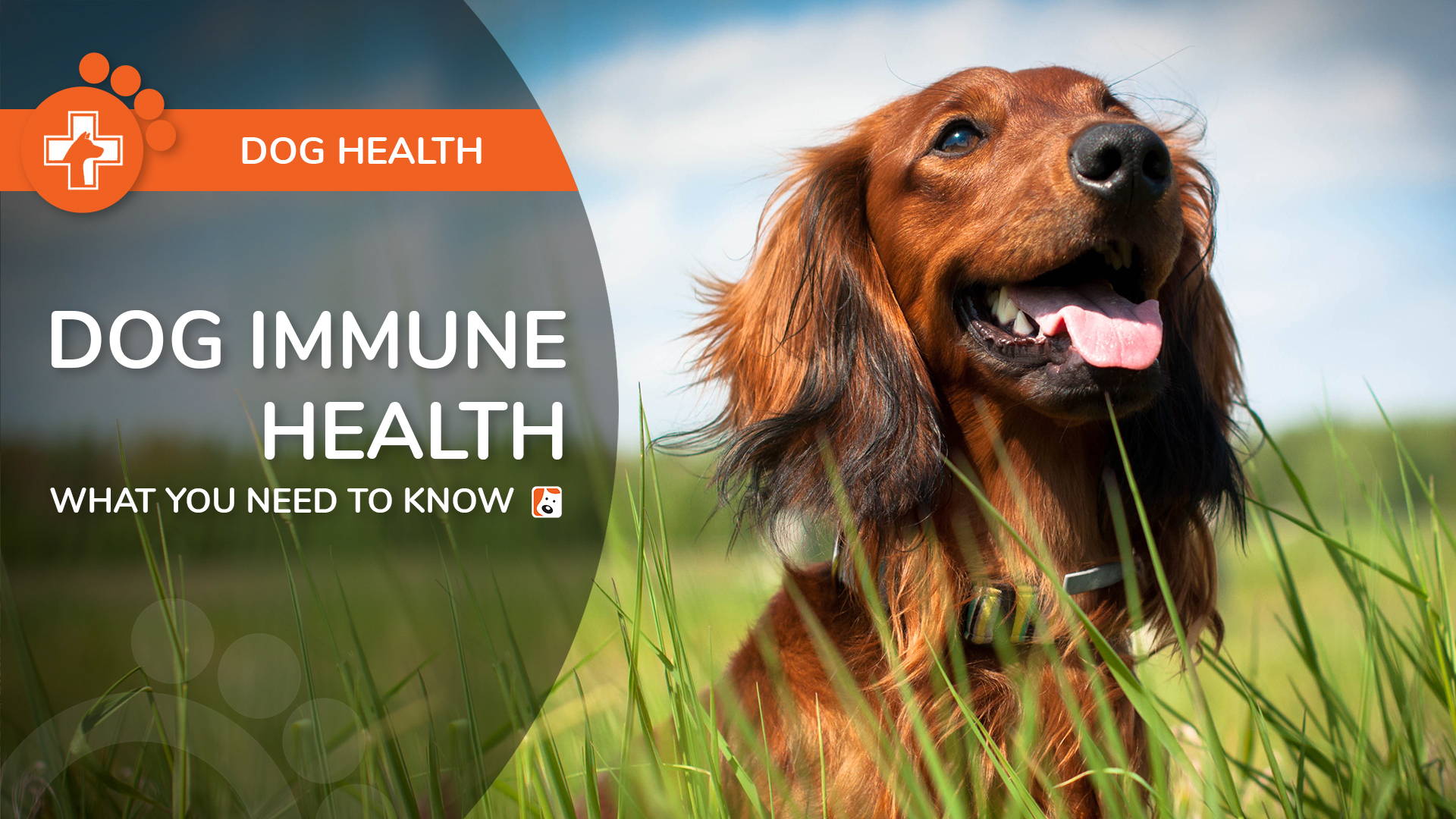 It’s no surprise that people are questioning many of their habits these days, especially when it comes to health. As of late, most of us are concerned with maintaining a healthy immune system and cultivating a healthier lifestyle.

HOW DOES A DOG'S IMMUNE SYSTEM WORK?

A dog’s immune system is like a shield against illness and other environmental toxins. Your dog is constantly exposed to household chemicals, allergens, and vector-carrying insects. All vertebrates, including dogs, have a complicated collection of defense responses to foreign microorganisms called an immune system.

According to Ian Tizard, Professor at College of Veterinary Medicine and Biomedical Sciences, Texas A&M University, “There are three lines of defense against invaders: physical barriers, nonspecific (or innate) immunity, and specific (or adaptive) immunity.”

Specific immunity is a response that’s acquired, like vaccines. This response can single out the particular antigen (a substance that stimulates an immune response), such as rabies, and constructs the precise attack needed. Each antigen will require a specific design of defense to fend it off.

After the dog’s immune system has encountered the antigen once, it responds faster and more effectively than the previous encounter. Essentially, the immune system remembers how to attack and learns how to beat antigens more efficiently with each confrontation.

Both dog and human immune systems contain the same components: white blood cells, antibodies, bone marrow, and a thymus. However, the number of immune cells present differ from human to dog immune systems.

While it is difficult to measure if dogs have better immune systems than humans, it is safe to say that humans partake in more hygienic activities that increase their defense against pathogens.

HOW STRONG IS A DOG'S IMMUNE SYSTEM?

Humans have developed specifically to the pathogens we encounter and the same goes for dogs. It’s easier for humans to avoid exposure to pathogens because of hygiene. Unlike humans, dogs don’t constantly wash their hands and regularly wash away environmental toxins, bacteria, viruses, and other infectious vectors.

Dogs still get sick but don’t always present sickness in the same ways that humans do. It’s believed that dogs developed their ability to hide their ailments as a survival tactic over the ages. In the wild, an ill dog may be susceptible to competing predators. It is also likely that puppies with poor immune health wouldn’t survive, leaving healthier dogs to pass on their genes.

What truly matters is that your puppy's immune system is efficient!

CAN DOGS GET SICK?

Yes, of course they can! All living creatures get sick, though they don’t present illness the same. Dogs are masters at hiding their pain and sometimes do not show signs of sickness until their condition has progressed.

Like the common cold or flu, most illnesses that affect humans are not zoonotic (jump from animal to human). However, dogs and humans share parvo, West Nile Virus, rabies, Lyme disease, and ringworm.

To better protect your little buddy from getting sick, it’s essential to know the signs of common diseases. 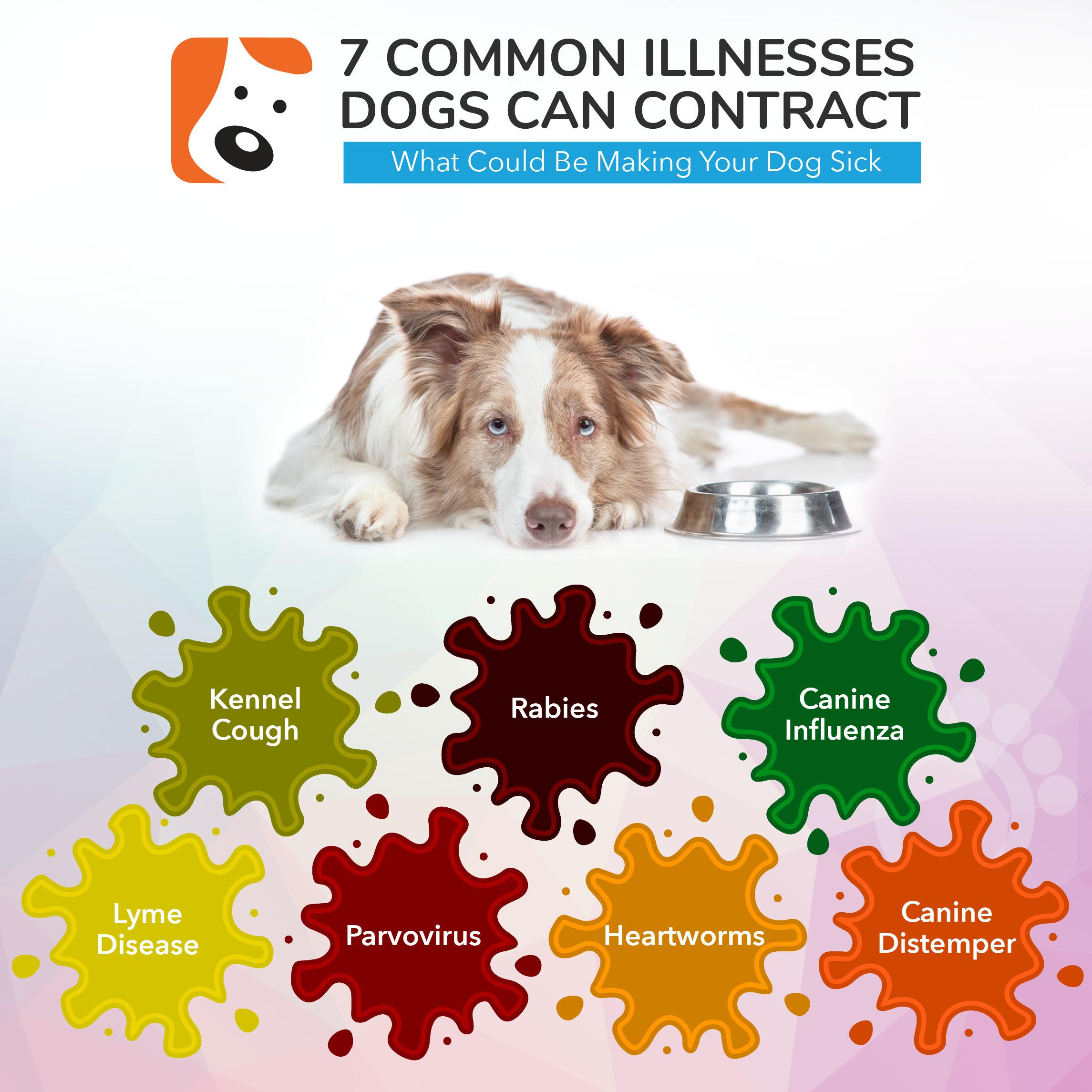 If your pup is exhibiting any of these symptoms, call your veterinarian immediately.

IS MY DOG SICK?

Determining if your canine companion is ill may be difficult since they mask their pain. In some instances, dogs may show no signs of illness until their sickness has progressed. But, having a close bond with your dog will take some of the detective work out of figuring out if they’re feeling under the weather.

One of the most significant signs that your dog is feeling unwell is a lack of appetite. What dog doesn’t get excited when you start filling their bowl with food? If your furry companion is disinterested in mealtime, you may need to schedule a visit with the vet to determine if your pup is suffering from a severe illness.

Lethargy is another indicator your dog may be sick. Your little buddy may not be as excited to greet you at the door when you come home or rushing to fetch their favorite toy. Sneezing, watery eyes, or wheezing are all signs of illness. If your dog has diarrhea or persistent vomiting, you should call your veterinarian.

While some ailments may simply be an upset stomach due to rich food, some illnesses may be more severe. Therefore, it is always best to err on the side of caution and call your veterinarian when your dog is not acting like themself.

HOW DO I CARE FOR A SICK DOG?

Like humans, when dogs are ill, they want to take it easy, curl up, and rest. No one likes to see their dog out of sorts. You want to do all you can to help and especially don’t want to see your buddy in any discomfort.

While you may not be able to make your dog’s sickness go away, you can alleviate some of their distress and keep them cozy.

Here are some tips for caring for your dog while their immune system fights off sickness:

It is best to follow your veterinarian’s instructions and keep your dog as comfortable as possible as they recover.

WHAT CAN I DO TO BOOST MY DOG'S IMMUNE SYSTEM?

Taking the time to foster preventative habits is simple with these easy tips: 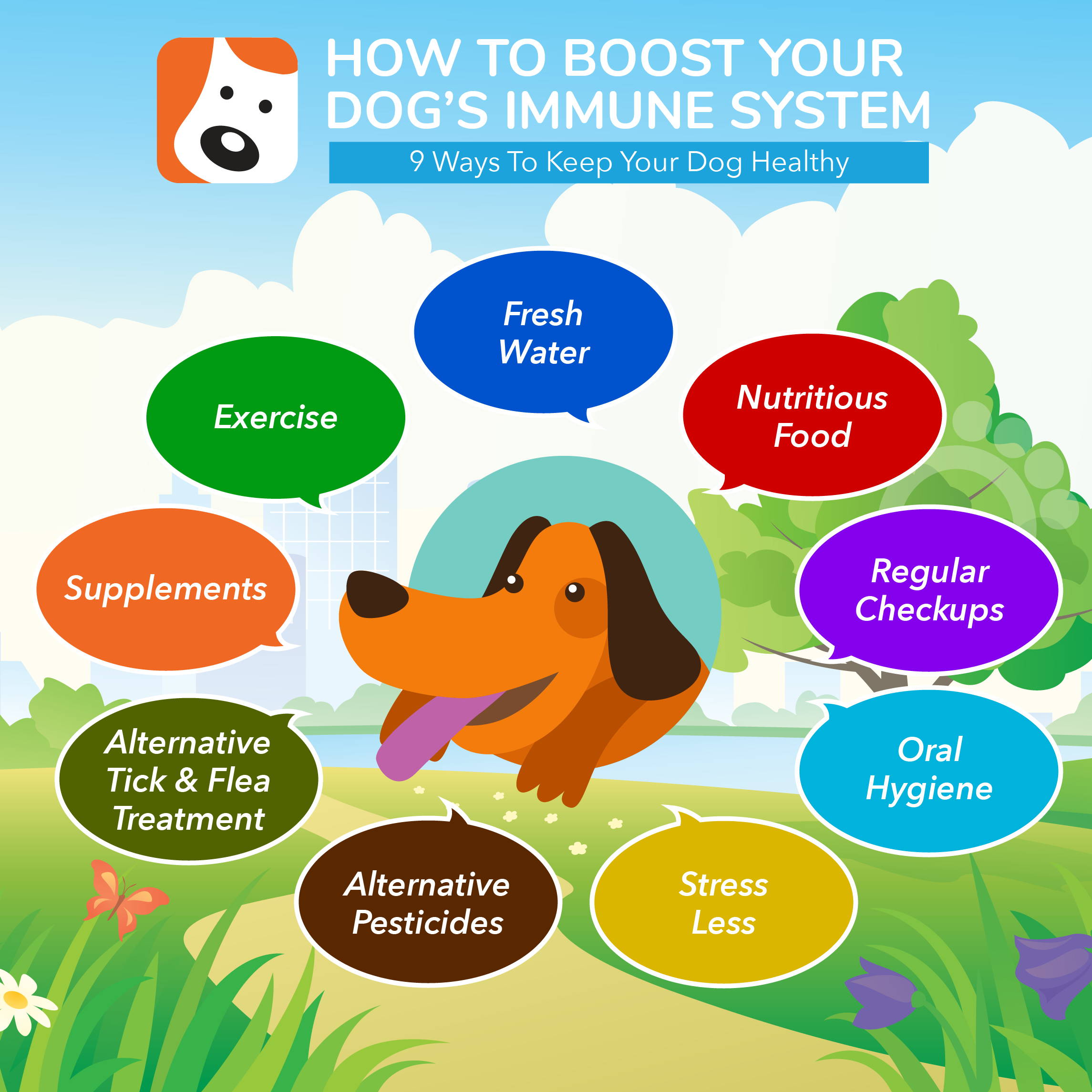 KEEP YOUR DOG HAPPY AND HEALTHY

Dogs are rugged and sometimes seem practically indestructible, but they still need help supporting their immune health. Understanding how your dog’s immune system works saves you and your dog from those dreaded sick days when they just aren’t quite themself.

Luckily, exercise, nutritious food, and supplements are significant ways to boost your dog’s immune system. “An apple a day keeps the doctor away” may not necessarily apply to your pup, but developing simple habits can help you and your dog share more happy days together.

Want to stay up-to-date on dog health, nutrition, and lifestyle? (Hint: of course you do!)